Infinite Screen by AROTIN & SERGHEI explores the idea of ‘the Infinite’ which is suggested beyond the visible surface of “Everything We See”. Everything in universe consists of vibration and transformation of waves and particles. The art project Infinite Screen explores this metamorphosis and connects us with the mystery of the Infinite. Our current age, the age of the digital, constantly fuses new relationships between humans and the language of signs, signals and images which surround them. Infinite Screen is meant as a antipode to today’s ubiquitous monitors and screen-based devices. It highlights what lies behind each image – the messages and boundaries which are in fact mere representations of innumerable other realities and possibilities of what we might consider to be ‘true’. In the context​ of today’s generalization of virtual reality and communication, the art project transcend​s the limits of our perception and questions the prevailing language of our time.

Inside the project Infinite Screen the artists duo creates cycles of artworks and installations in very different forms and formats, using the whole diversity of materialization  possibilities, that are characteristic for digital art. One of the first large scale realizations was originally commissioned and presented at La Biennale di Venezia and Konzerthaus Vienna with Klangforum Wien in 2013/15. Further presentations of the art installation took place at the Ars Electronica Festivals 2014-19 and at the Fondation Beyeler 2016 within the framework of the exhibition Kandinsky, Marc – Der blaue Reiter.

In 2016, the Kunsthistorisches Museum Wien commissioned a presentation of Infinite Screen in occasion of the 125 years of the museum. AROTIN & SERGHEI had choosen for this presentation the Babel Tower, on of the most famous paintings of the museum, as a symbol and starting point for their 1,200 m2 installation on the Museum’s main façade during one month 22.sept – 19. oct 2016 from dusk to midnight. 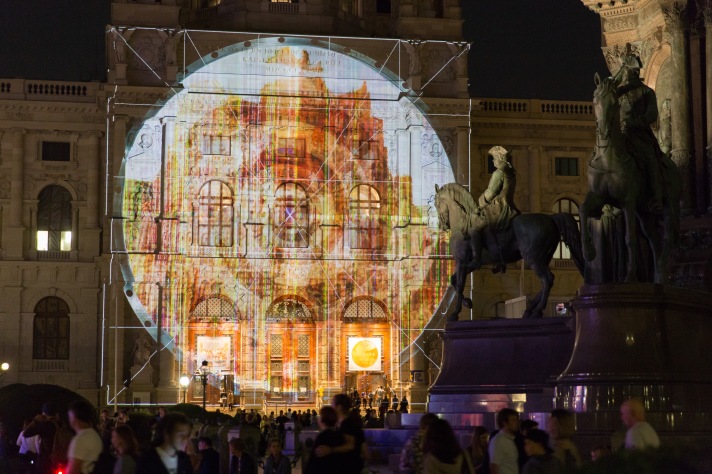 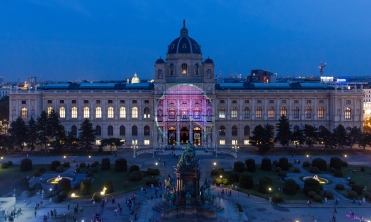 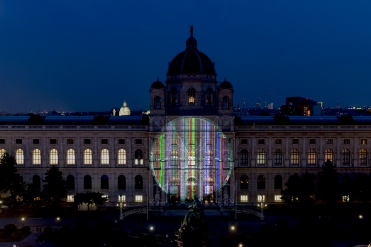 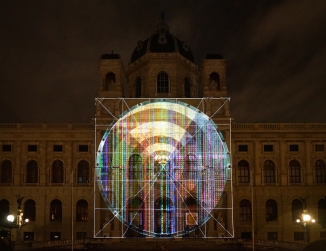 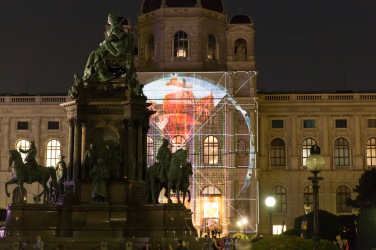 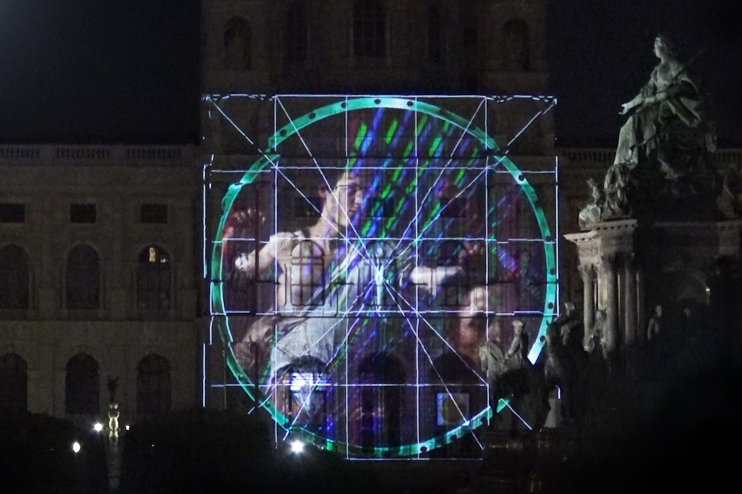