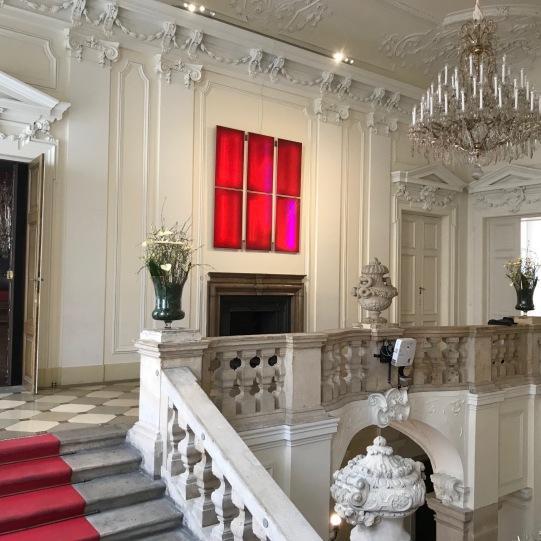 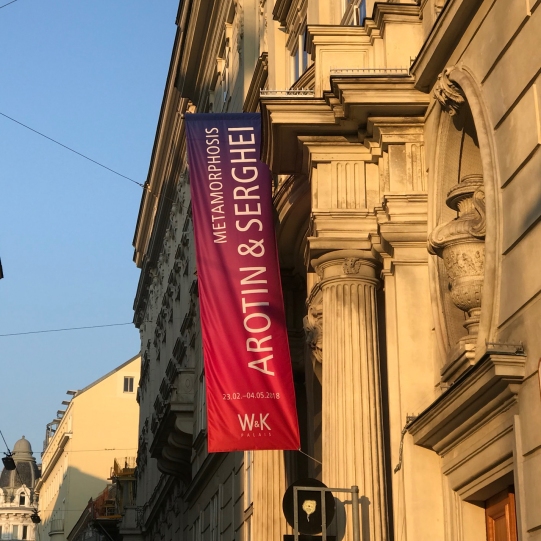 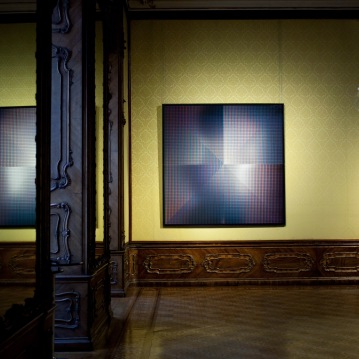 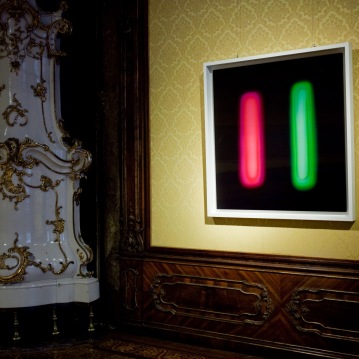 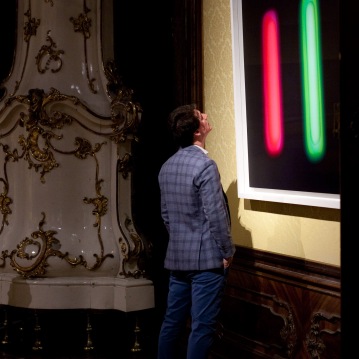 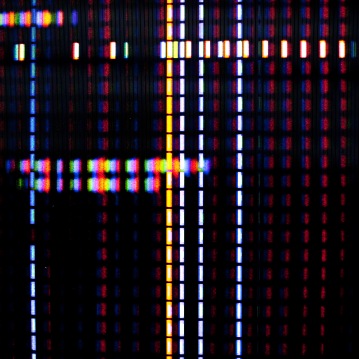 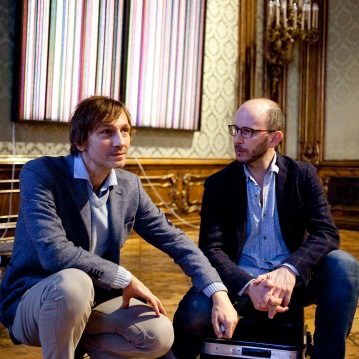 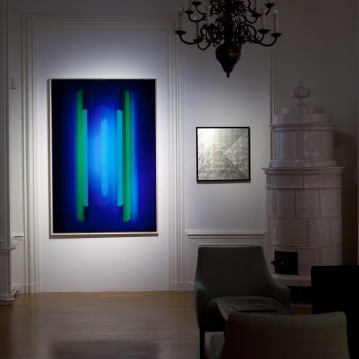 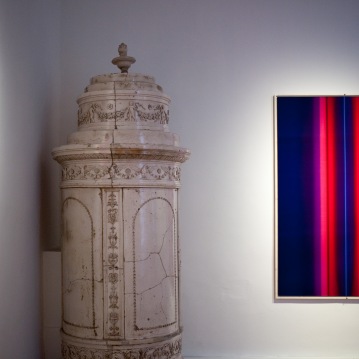 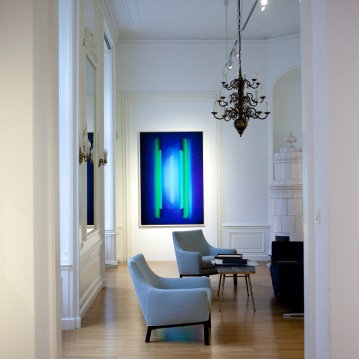 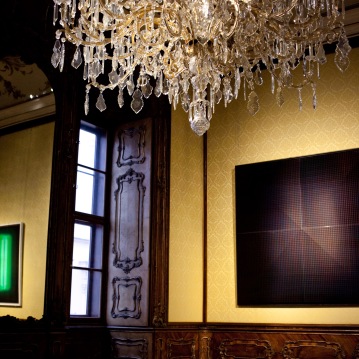 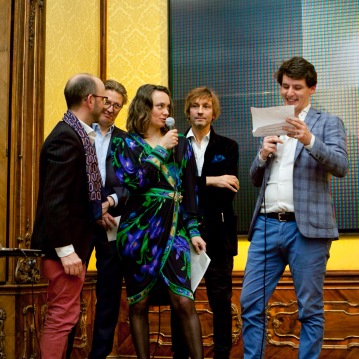 NOTATION / SOUND SCULPTURES
Concert MICHAEL WENDEBERG
Based on the image “Logical Structure Of Color” – homage to Ludwig Wittgenstein (2016) by AROTIN & SERGHEI, the artist duo, together with the exceptional conductor and pianist Michael Wendeberg are organizing a common parcours / concert in dialogue with the exhibition. The expansion of the musical space and the transgression of the limits of visual signs and symbols and are the focus of attention. Beginning with Notations (1945), Michael Wendeberg, specialist of Pierre Boulez’ compositions, interprets the entire piano work of Boulez and, in contrast to this, the Sarabande (Partita 6) by Bach. Concert followed by an artist talk with AROTIN & SERGHEI and Michael Wendeberg,special guest: Martin Guesnet (Director Artcurial Europe).
March 14 2018 – 7 PM
https://de.karstenwitt.com/michael-wendeberg

What relevance can measuring and timekeeping still occupy in our restless digital era? The omnipresence of the electronic devices has fundamentally changed both the perception and the handling of time. Together with the inventor and watchmaker Dominique Renaud and his partner Luiggino Torrigiani, AROTIN & SERGHEI discuss this social phenomenon.
The unique “DR01 Twelve First innovation” (2017) by Dominique Renaud and AROTIN & SERGHEI’s Infinite Time Machine (2017) artwork, which is inspired by the new mechanical heart of the DR01 and which is realized on with the worldwide first prototypes of digital canvases / unique pieces, reflect the importance of innovation and the uniqueness of inventions in the 21st century.
Presentation of the DR01 by the inventor Dominique Renaud and his partner and cofounder Luiggino Torrigiani.
Presentation of the “Infinite Time machine” by AROTIN & SERGHEI. – “Infinite Time Machine” is realised with support by Active Image, Belfry, Espace Muraille Contemporary Art Geneva –
Presentation and guided tour through the exhibition
March 22 2018 7PM 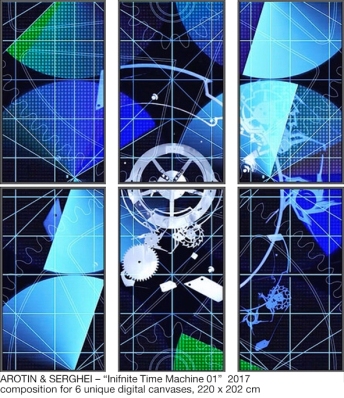 A “free space of synesthetic art” means for us an inter-media art that is free from the fixation on one single media or art form, an expression in a constant transgression of different states and a continous process of mutation and transformation. With Carré blanc (2017), Genesis (2016), White Point (2015) and Life Cells (2017-18) the exhibition Metamorphosis shows several of our art cycles that refer directly to two of the most innovative and enigmatic art creations of classical avantgarde: Black Square (1913/15) by Malevich and Prometheus (1910) by Scriabin.

The presented works moved all through different states of realisation, from sketches, drawings, to intermedial paintings with several analogue layers up to large scale installations with data projections and are realialised and now shown in the exhibition on worldwide new prototypes of “digital canvases”.  This innovative encoding, hardware and software technology permits for the first time the realisation of registred and certified unique digital pieces. Our synesthetic artworks Babel Tower, Infinite Time Machine and Metamorphosis 01 are using these techniques in worldwide first orchestrations of up to 6 individual images in infinite logarithmus. In the context of our cycle ART & INNOVATION we will present our creations together with Henning Lohner, the inventor of these digital canvases and “Active Image” Technology.

A main point of our research is the “Basic Black” colour of our monitors. It representsin our view a “permeable counterpart” to the walls of the “White Cube” and an omnipresent contemporary form of “Black Squares”. In fact, Malevitch’s Black Square can be seen too as a fascinating infinite “empty” space where everything can happen, an absolute starting point, the place of the creation of light. In a similar way Scriabin, who worked lifelong on sketches for a synesthetic total art temple in form of a hole inside a mirrored sphere and on a notation system for “light piano“, had to create for his Prometheus – poem of fire a musical “infinite dark space“ and a sort of first synthetic sound, a hexachord, symbol of the genesis of universe, as a starting point in order to be able to show “light”. Since our first  red, blue and green portraits of light cells cycle White Screen (2012), the black surface appears in our artworks as a off-state of light, inside of which we are showing the growing and splitting process of the nanocomponents, the matrix of all information one can perceive on nowadays devices, as a contemporary symbol of reality, time and infinity.

With their Resonance- and Sound Paintings, AROTIN & SERGHEI are exploring the transgression of the limits of space through vibration of light and sound.
The works Blue Pulse, Soundpulse and Pink Pulse, open new spaces, through the impulse of colors. The monumental  „portraits“ of light cells, the color fields covered by piano strings in the works Color Fusion / Metapmorhosis 2-5, and the architectural study Pulse / Architecture of Sound are other examples in the exhibition for this phenomenon that characterizes the creations by AROTIN & SERGHEI.
A special position in this parcours is given to the “intermedial frescoes” – as Ivan Fedele called and presented AROTIN & SERGHEI’s large-scale installation Infinite Screen at the opening of Venice Biennale in 2015. Infinite Screen questions the idea of ​​the Infinite. The installation is a projection that completely dissolves the wall as a support of an image. In the exhibition Metamorphosis at W&K Palais Vienna, this creation is represented by the the cycle of golden sound drawings, as well as by The Babel Tower realised here as a diptych of digital screens in a cycle edition.
The phenomenon of transgression of space through vibration of light and sound is this time in the center of attention of cycle ART & INNOVATION curated by the artists for their exhibition.
The art historian and expert BERTRAND DU VIGNAUD (formerly World Monument Fund), will trace the “History of Metamorphosis of Spaces“, the “negation of the wall” in the trompe l’oeuil and fresco painting,
from the ancient frescoes of the Villa Dei Misteri in Pompeii, the invention of the vanishing point “Punto di Fuga“ in Renaissance, the illusory frescoes of the Villa Farnese in Rome,up to AROTIN & SERGHEI’s “intermedial frescoes” Infinite Screen.
As a special guest we present the violin virtuoso YURY REVICH. He will pick up motifs from the exhibition and continue the process of metamorphosis on his Stradivari.

LIGHT IMPULSE
Installation and concert with MIKHAIL RUDY
AROTIN & SERGHEI’s Carré Blanc (2017) – homage to Malevich’s Black Square (1915) focuses on the emergence of light from infinite empty black space. This creation as well as Alexander Arotin’s Light Score for Prometheus (1994), and elements from AROTIN & SERGHEI’s Installation (2016) based on Scriabin’s Prometheus (1909) will form the starting point for this special concert with live-installation. In development of their commun creation at Fondation Beyeler, Basel for the exhibition Kandinsky, Marc, The Blue Rider, and at Festival Ars Electronica (2016), The pianist and specialist of Russian avant-gardes, Mikhail Rudy, interprets together with AROTIN & SERGHEI the fascinating late piano work of the visionary composer Scriabin (Guirlandes, Flammes Sombres, 5 Préludes, Verse La Flamme) in alternation with Alexander Arotin’s Electronic Preludes – homage to Scriabin (2015)
Concert followed by an artist talk with AROTIN & SERGHEI and Mikhail Rudy.
May 2 2018 7 PM
http://www.mikhail-rudy.com

AROTIN & SERGHEI
The artwork of the future is for AROTIN & SERGHEI a composition of images, signs and ideas in Giordano Bruno’s sense of Inifinity, that involves the viewer in the dynamics of artistic research and creation. They situate themselves on the other side of the Wagner’s concept of Gesamtkunstwerk (total artwork): The interest lays not only in the addition of artistic disciplines in order to get a supreme effect that overwhelms the viewer in a finished work, but in a infinite splitting process of reflection and questionning that explores and deliberates the fascination of unknown space in between the known matrix of visual and acoustical signs, expressions and languages. Main topics of their work are the “surface of illusion”, the “error” as a creative space, the essence of images, of colour, light and sound, and the research of the impact of images in the context of artifical intelligence and media saturation.
Nowadays the quiet walls of the White Cube are transformed. Digital screens constantly submerge our brains with information on a intense frequency. Hence digital white appears as an oscillating sum of all potential inputs: light cells of our displays vibrate in maximal intensity. In our contemporary world, our media devices are constantly accelerating our communication, and perception, reducing in a certain way our impression of time and space. We are interested in creating artworks as objects of reflection, which suggest an augmentation of our vision, space and time. That is for us one of the main roles of art.
The artist continous investigation of an infinite space for imagination was inspired by free thinkers, philosphers, architects and composers, from Mythology, Prehistory, Antiquity, through Renaissance, classical Modernism up to ourdays scientific futur research and metaphysics. Especially we were moved by artworks from Ovid’s Metamorphosis to Ludwig Wittgenstein’s colour theory, from Vitruve and Palladio’s floating theatre project (1564) in Venice up to Kandinsky’s theory of free floating forms (1928), Homer’s Golden Chain to Brancusi’s Infinite Column (1918), and sound spatialisation concepts from Scriabin, Schönberg and Bartòk to Luigi Nono. A special impulse for AROTIN & SERGHEI’s creation came from the emblematic endless places described by Samuel Beckett.

METAMORPHOSIS
Infinite Screen shows a giant labyrinth of light cells in a constant mutation and metamorphosis. It’s surface can be imagined as a tympanic membrane in the ear under hypnosis: inner and outer sounds come together. AROTIN & SERGHEI composition plays with collective memory, mythology and archetypes. The installation appears in an ever changing architectural, geometrical and cultural context. It reveals and dissolves emerging images and sounds and gives the rhythm to an endless journey.
The project questions the “grain of sense” of human perception in a fundamental way, treats about aesthetics, the notions of sound, harmony, infinity, beauty, sensuality and talks about an endless desire of colour and light.
The first part of Infinite Screen, was realized as a commission by La Biennale di Venezia and Klangforum Wien (2015) 11. The project was then further developed for the Festivals Ars Electronica 12 (2014–2016), for the Media Collection Deep Space 8K 13 (2015), and Fondation Beyeler 14 (2016). For the 125 years anniversary of Kunsthistorisches Museum Wien (2016), Infinite Screen was presented as a gigantic 1200m2 rotating installation on the Museum’s main facade 15, in cooperation with Kunsthistorisches Museum Wien, museum in progress and Ars Electronica. Simultaneously, the auction house Artcurial 16 exhibited a selection of intermedial paintings.
The exhibition “Metamorphosis” in the baroque halls of the W&K – Palais Schönborn-Batthyány now shows for the first time an overview of the works on which the large-scale project “Infinite Screen” is based: Drawings, pictures and new monumental works in an innovative technology, which for the first time enables the creation of unique digital works.